A strong network for a strong musical instrument

Great to have you around us!

At FIAE we share a common passion: promoting the accordion in the surroundings of classical music and support young talents who have mastered this wonderful musical instrument in an extraordinary way.

For this reason we dedicate ourselves to build and maintain a network of students, professors and supporters (sponsors, benefactors) across national borders with the aim of musical exchange on international level.

Focus of our work is the organization and implementation of national and international concerts and competitions whose earnings are used for the artists. 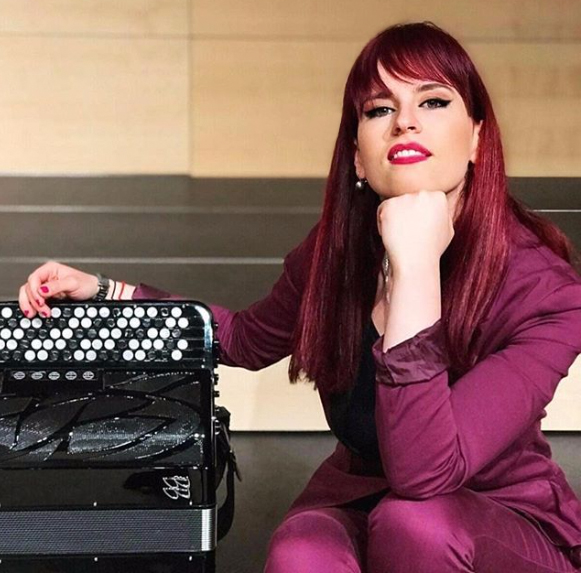 The story of FIAE started in 2016 with the support of the Serbian accordionist Vanja Cirkovic, who is now considered an exceptional talent, with a study place at the Hohner Conservatory in Trossingen. In 2019 she presented herself to the public at her final concert. The Newspaper „Trossinger Zeitung“ wrote in July 2019:

Vanja Cirkovic presented a very special concert on her accordion on Friday, July 19 in the Hermann Piano House in Trossingen. On recommendation of Prof. Zoran Rakic, Sarajevo Music Academy, the young artist studied for the last three years in the soloist class of Andreas Nebl at the Trossingen Hohner Conservatory. During this time she developed from a “robust keyboard virtuoso” to a subtle sound esthetician with a wide range of expression, who is able to bring her program closer to the listener with incomparable, great expressivity. This world of sound was opened to the audience in the fully occupied „Kulturspeicher“ with “Slow Motion”, an original work for accordion by the Japanese composer Toshio Hosokawa (* 1955), followed by “Sonata in D major, Allegro – Andante cantabile – Rondo” by Joseph Haydn. During the “Musica Ricercata” by the Hungarian composer György Ligeti and the subsequent “Disco-Tango” by the Finn Petri Makkonen, the audience listened as if spellbound and thanked the accordionist with thunderous applause. Following the concert, FIAE, the “Foundation of International Accordion Exchange”, which Vanja Cirkovic was allowed to support on her way to university, invited to a small drink. Many visitors used this opportunity for personal conversations and exchanges with the artist and FIAE. Vanja Cirkovic – an artist you really want to hear again now! 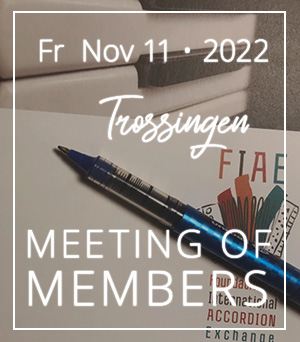